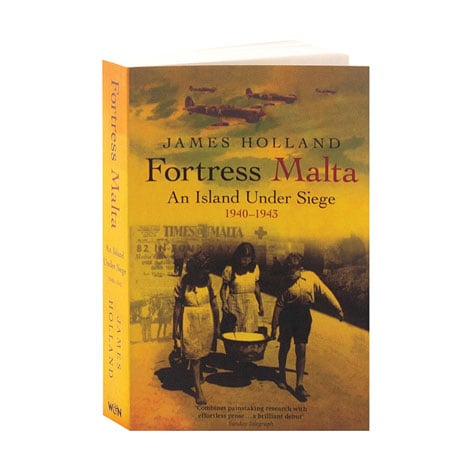 In March and April 1942, Germany dropped more explosives on Malta than on the whole of Britain during the first year of the Blitz. For Britain, the tiny Mediterranean island was a launching pad for attacking Axis supply lines to North Africa, but if they lost it, Rommel would be able to march unchecked into Egypt, Suez, and the Middle East. Telling the story of the locale that Churchill claimed must be held "at all costs" through the eyes of those who were there, James Holland introduces 20-year-old fighter pilot Raoul Daddo-Langlois, American Art Roscoe, submariner Tubby Crawford, cabaret dancer/RAF plotter Christina Ratcliffe, and her lover, the brilliant and irrepressible reconnaissance pilot, Adrian Warburton.