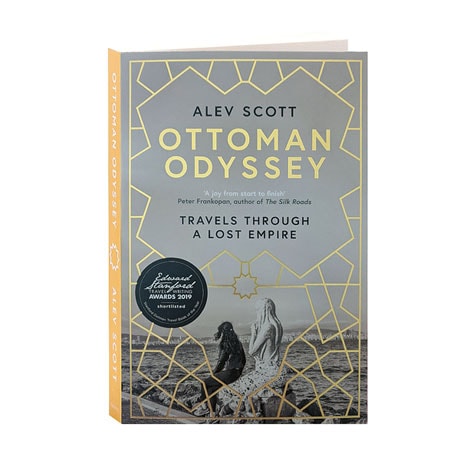 The 800 year reign of the Ottoman Empire ended a century ago, and yet, traveling through a dozen countries, Alev Scott finds a vital and relevant legacy. She takes us from the cafes of Beirut to the refugee camps of Lesbos in this "insightful and easily approachable combination of travelogue and history" (Publishers Weekly), a runner up for the 2019 Stanford Dolman Travel Book of the Year. In President Erdogan's Turkey, Scott uncovers a version of the nostalgic utopias sold to voters in Europe and America, while in Jerusalem's Old Town she discovers proof of Muslims and Jews co-existing during Ottoman rule. As Scott reminds us, diversity is the enduring, endangered heart of this region, a place where displaced people still seek new identities.

"Scott—whose mother is Turkish and whose father is British—gives both an insider's intimacy and an outsider's necessary remove to this excellent survey."—Booklist