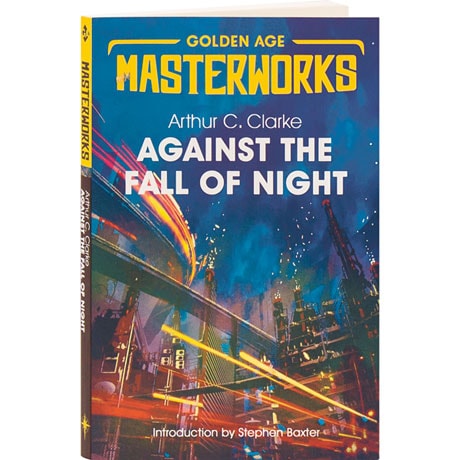 Ten billion years from now, Diaspar is the last city on earth. Ageless and unchanging, its inhabitants see no reason to be curious about the outside world. But Alvin—only seventeen, and the last person to be born in Diaspar—is increasingly drawn to find what lies beyond the city walls, despite knowing that the Invaders who devastated human civilization may still be out there. Arthur C. Clarke's first novel, Against the Fall of Night was expanded from a novella in Startling Stories and published in 1953. Despite being completely rewritten as The City and the Stars in 1956, this earlier version has remained popular, and appears here as part of the Golden Age Masterworks series.