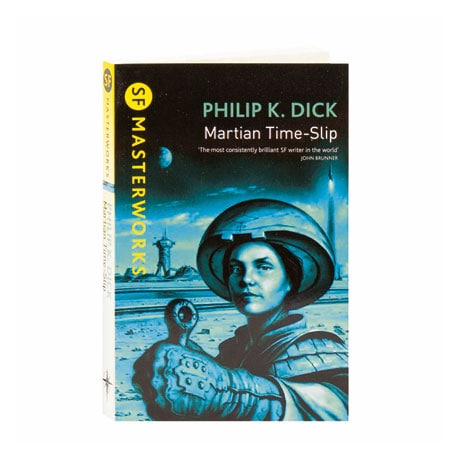 Mars is a desolate place, largely forgotten by Earth, in this 1964 novel. Its isolated communities eke out a living alongside the great canals, where union boss Arnie Knott controls the meager water supply. No one is beyond his reach—certainly not Jack Bohlen, the repairman whom Knott's mistress Doreen comes to love. Neither is Manfred, an autistic child who slips helplessly backwards and forwards in time, or the Bleekmen, the planet's pitiful natives. Philip K. Dick "creates a world irradiated by schizophrenic perceptions, and moves with frightening intensity—and hilarity—to an elegant transcendent finale" (Encyclopedia of Science Fiction). Inducted posthumously into the Science Fiction Hall of Fame—and the first science fiction writer to be included in the Library of America—Dick wrote visionary tales, inspiring major films and teleplays like Blade Runner, Minority Report, and The Man in the High Castle. Though he struggled to support himself through most of his career, his work has finally become more available, and we are pleased to offer some of his most notable novels and stories.