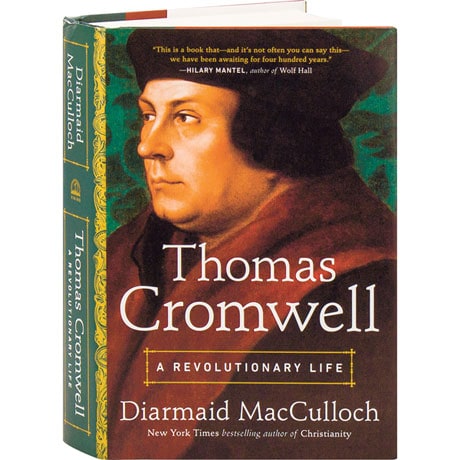 History has not been kind to Thomas Cromwell, the son of a Putney brewer who became Henry VIII's enforcer and the architect of England's split with Rome. The National Book Critics Circle Award-winning author of The Reformation spent a decade researching this reappraisal; sifting through royal archives for letters and court records, Diarmaid MacCulloch found Cromwell's fingerprints on some of the most transformative decisions of Henry's turbulent reign. The Cromwell that emerges was a man of faith and a deeply loving father who took his biggest risks to secure the future of his son, Gregory. Cromwell was indeed administrative genius, but as MacCulloch posits here, in the end, he could not appease or control the violent and unpredictable king whom he served.

"This a book that—and it's not often you can say this—we have been awaiting for four hundred years."—Hilary Mantel