Basketball (And Other Things): A Collection of Questions Asked, Answered, Illustrated 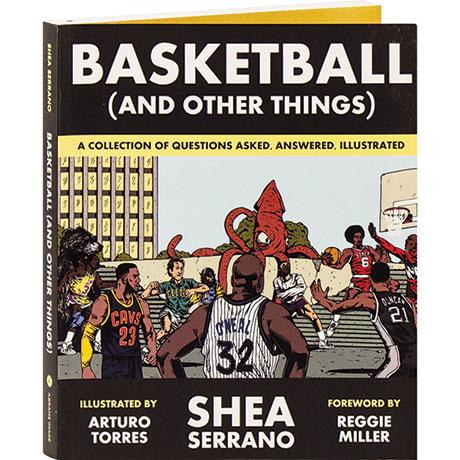 Basketball (And Other Things): A Collection of Questions Asked, Answered, Illustrated

Who is the greatest dunker of all time? Which version of Michael Jordan was the best Michael Jordan? And what is absolutely not allowed in a pickup game? Shea Serrano teams up once again with Arturo Torres—illustrator of The Rap Year Book—to address important and ridiculous fan disputes on basketball history, be they classic (How many years during his career was Kobe Bryant actually the best player in the league?) or fantastical (If you could assign different values to different shots throughout basketball history, what would they be and why?). "Equal parts hilarious and enlightening" according to NPR, this miscellany was also one of Barack Obama's favorite books of 2017.