Burning The Sky: Operation Argus and the Untold Story of the Cold War Nuclear Tests in Outer Space 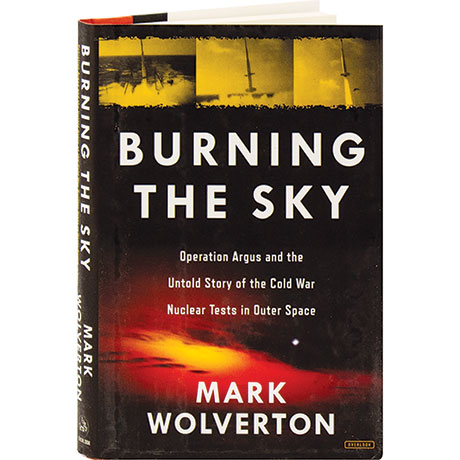 Burning The Sky: Operation Argus and the Untold Story of the Cold War Nuclear Tests in Outer Space

Ever since the Soviet Union proved that it possessed an operational intercontinental ballistic missile with the launch of Sputnik, the world watched anxiously as the two superpowers engaged in a game of nuclear one-upmanship. In the midst of this rising tension, eccentric Greek-American physicist Nicholas Christofilos brought forth an outlandish, albeit ingenious, idea to defend the U.S. from attack: launching atomic bombs from the South Atlantic Ocean, to detonate in outer space and fry incoming missiles with an artificial radiation belt. Known as Project Argus, this plan yielded the riskiest scientific experiment in history, and here Mark Wolverton tells the unknown and controversial story of this mad scheme, one that still has powerful resonances today.