Chasing Phil: The Adventures of Two Undercover Agents with the World's Most Charming Con Man 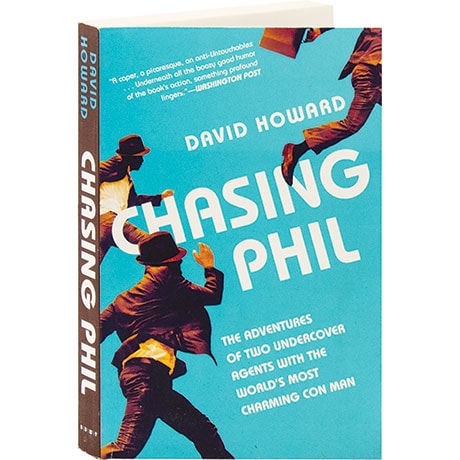 Chasing Phil: The Adventures of Two Undercover Agents with the World's Most Charming Con Man

In 1977, J.J. Wedick and Jack Brennan—two fresh-faced, maverick FBI agents—were about to embark on one of their agency's first wire-wearing undercover missions. Their target? Charismatic, globetrotting con man Phil Kitzer, whom some called the world's greatest swindler. Traveling with Kitzer, the agents followed him to Cleveland, Miami, Hawaii, Frankfurt, and the Bahamas. But as David Howard reveals, the young agents, playing the role of proteges and co-conspirators, became further entangled in Phil's outrageous schemes, they also grew to respect and care for him, even as their endgame—the swindler's arrest—was drawing near.