Hollywood's Eve: Eve Babitz and the Secret History of L.A. 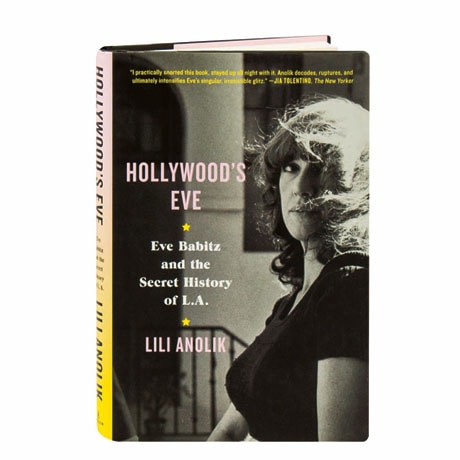 Hollywood's Eve: Eve Babitz and the Secret History of L.A.

Los Angeles in the 1960s and 70s was the pop culture capital of the world, and—though not well known at the time—Eve Babitz was among its foremost exponents. The goddaughter of Igor Stravinsky and a graduate of Hollywood High, the 20-year-old Babitz became notorious for publicly playing chess in the nude with the French artist Marcel Duchamp. Frequenting Sunset Strip and seducing Jim Morrison, Ed Ruscha, and Harrison Ford, Babitz changed course at the age of 30 and became a writer. Although Babitz has been a recluse in recent years, Lili Anolik suggests in this biography that she may finally be getting her due as the premier chronicler of L.A. excess.