Invisible: The Forgotten Story of the Black Woman Lawyer Who Took Down America's Most Powerful Mobster 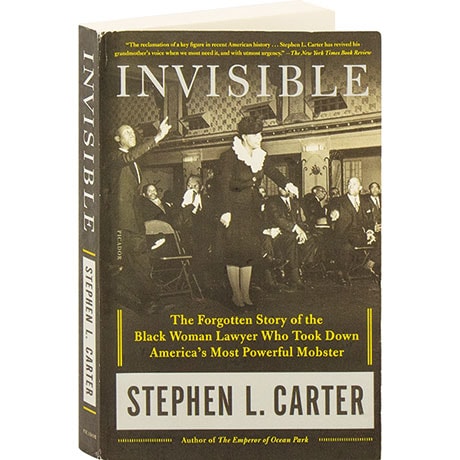 Invisible: The Forgotten Story of the Black Woman Lawyer Who Took Down America's Most Powerful Mobster

The granddaughter of slaves, Eunice Hunton Carter was a black graduate of Smith College and a prosecutor—as unlikely a combination as one could imagine in New York of the 1930s. Yet without the strategy Carter devised, Mafia boss Lucky Luciano would never have been convicted. Greatly complicating Carter's rise was her difficult relationship with her younger brother Alphaeus, an avowed communist who—together with his friend Dashiell Hammett—would go to prison during the McCarthy era. Here her grandson Stephen Carter pays tribute to a bold and brilliant woman who refused to let anyone block her path to success.