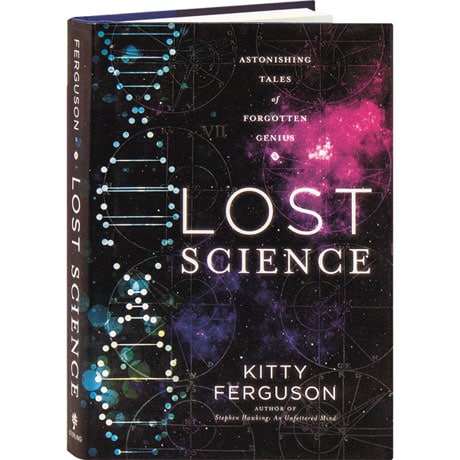 The author of Stephen Hawking: An Unfettered Mind (her second Hawking biography), science writer Kitty Ferguson here investigates some rarely explored byroads in the history of science through tales of ten remarkable individuals. Among these risk-takers, spies, scoundrels, and unsung heroes we meet Mary the Jewess, the godmother of modern chemistry from 1st-century Alexandria; Jesuit astronomer Ferdinand Verbiest, who invented the first automobile as a clever toy to amuse the Chinese emperor in 17th-century Beijing; and Lise Meitner, who after her hair-raising escape from Nazi Germany was ignored by the Nobel committee in 1944, despite her key role in achieving nuclear fission.