Jackie Robinson In Quotes: The Remarkable Life of Baseball's Most Significant Player 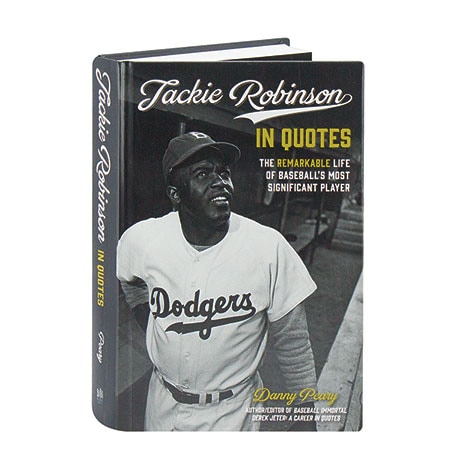 Jackie Robinson In Quotes: The Remarkable Life of Baseball's Most Significant Player

His athletic prowess and personal dignity speak for themselves, but Jackie Robinson's own words also shed light on his life and who he really was. Through quotes by Robinson, his widow Rachel Robinson and other family members, and his friends and teammates, Danny Peary crafts this stirring oral history of Number 42. He follows Robinson from childhood through his days as a young multitalented athlete, his famous meeting with Branch Rickey to become the first Black major leaguer, his thrilling Hall-of-Fame career playing for the Brooklyn Dodgers, and his later role as a political activist who refused to stay silent.