My Grandmother Ironed The King's Shirts 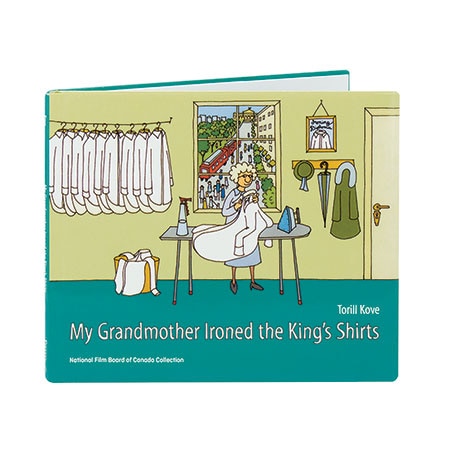 My Grandmother Ironed The King's Shirts

When Torill Kove was a little girl, her grandmother told her tales of how she had ironed shirts for the King of Norway, inspiring Kove to create a charming, Oscar-nominated animated film. In this adaptation for readers up to 8, she recounts how Haakon VII surprisingly became Norway's first king in centuries, and the humble way that her grandmother proudly served her new monarch. In Kove's slyly funny cartoons, World War II upends life in Norway, while the elderly seamstress leads the way in some "shirt sabotage" of the German invaders.