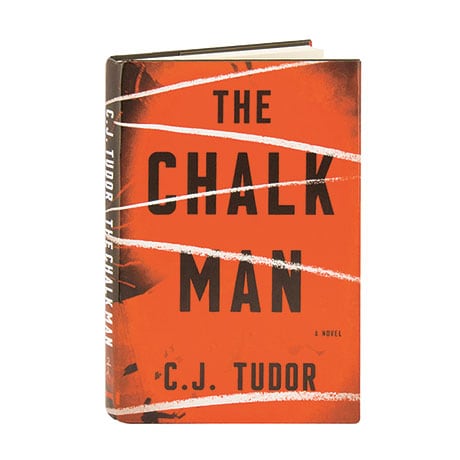 In 1986, Eddie and his friends are on the verge of adolescence, spending their days biking in search of adventure. The chalk men are their secret code, stick figures they draw for one another as hidden messages. But one morning the friends find a chalk man leading them to the woods. They follow the message, only to find the dead body of a teenage girl. Thirty years later, Eddie gets a letter containing a chalk man—the same one he and his friends saw when they found the body. When one of his old friends is killed, Eddie realizes that saving himself means figuring out what happened all those years ago, but digging into the past proves more dangerous than he could have known.

"A swift, cleverly plotted debut novel that ably captures the insular, slightly sinister feel of a small village. Children of the 1980s will enjoy the nostalgia."—Kirkus Reviews