The Helicopter Heist: A Novel Based on True Events 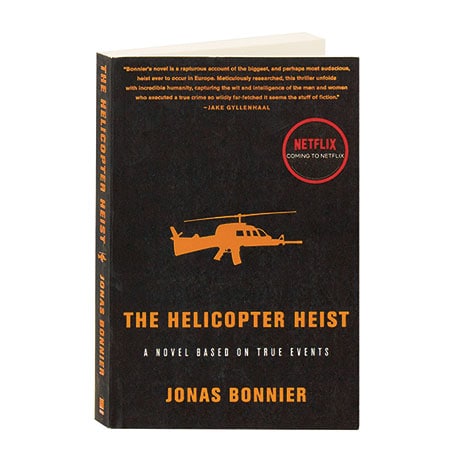 The Helicopter Heist: A Novel Based on True Events

After years of petty crime, Sami is training as a chef to provide for his daughter, but when a business deal suddenly goes sideways, he is desperate. Ambitious Michel fled a bloody civil war in Lebanon, Niklas wants to be famous, and Zoran is a businessman yearning to get rich by whatever means necessary. Devising a foolproof plan, Alexandra prompts the four men to rob a Stockholm cash depot in September 2009. Based on a true story and soon to be a Netflix miniseries, Jonas Bonnier's novel follows the story as the gang's stolen helicopter is lifting off from the cash depot with $6.5 million inside. Even if no one can stop them, will these crooks stop themselves? What secrets does each man hold?