The Watergate Girl: My Fight for Truth and Justice Against a Criminal President 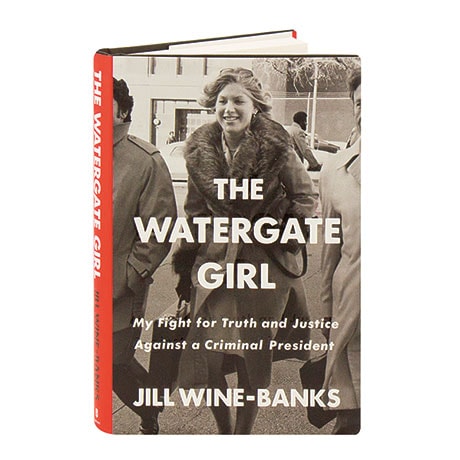 The Watergate Girl: My Fight for Truth and Justice Against a Criminal President

At the crossroads of the Watergate scandal and the women's movement was a young lawyer named Jill Wine Volner (as she was then known), barely 30 years old and the only woman on the team that prosecuted the highest-ranking White House officials. Looking back on the immense efforts needed to bring down a corrupt president, Wine-Banks also details her own struggles: Her house was burgled, her phones were tapped, and even her office garbage was rifled through, even as she sought to make her professional mark while trapped in a failing marriage. Called "the mini-skirted lawyer" by the press, Wine-Banks fought to receive the respect accorded her male counterparts—and as detailed here—she ultimately prevailed.