Z: A Novel of Zelda Fitzgerald 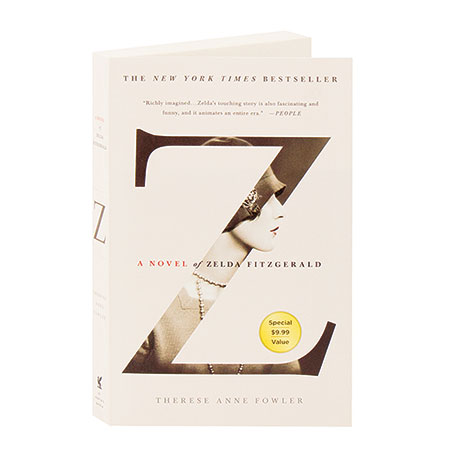 Z: A Novel of Zelda Fitzgerald

When beautiful, reckless Southern belle Zelda Sayre meets F. Scott Fitzgerald at a country club dance in 1918, she is 17 years old and he is a young army lieutenant stationed in Alabama. She falls for him despite his unsuitability—Scott isn't wealthy or prominent or even a Southerner—but after he sells This Side of Paradise to Scribner's, Zelda optimistically boards a train headed north to marry him and take the rest as it comes.

"An utterly engrossing portrayal of Zelda Fitzgerald and the legendary circles in which she moved.... Fowler shines a light on Zelda instead of her more famous husband, providing both justice and the voice she struggled to have heard in her lifetime."—Sara Gruen