In The Hurricane's Eye: The Genius of George Washington and the Victory at Yorktown 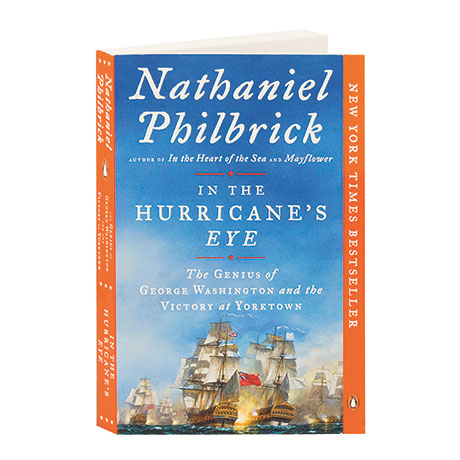 In The Hurricane's Eye: The Genius of George Washington and the Victory at Yorktown

Picking up where the George Washington Prize winner Valiant Ambition left off, Nathaniel Philbrick's newest chronicle of the American Revolution opens in the fall of 1780. After clashing for five years along the edge of the continent, American and British forces were at a stalemate—the Royal Navy could attack seaside cities at will, while the Continental Army could fall back inland and wait. As Washington knew, only the French navy could break Britain's stranglehold on the seaboard, and Philbrick gives us a gripping account of the 1781 Battle of the Chesapeake—masterminded by Washington but fought without a single American ship—and how it made the subsequent victory at Yorktown a virtual inevitability.

"Philbrick manages to impart the immediacy of breaking news to his descriptions of marches, skirmishes and battles."—Bookpage