Naturalists In Paradise: Wallace, Bates and Spruce in the Amazon 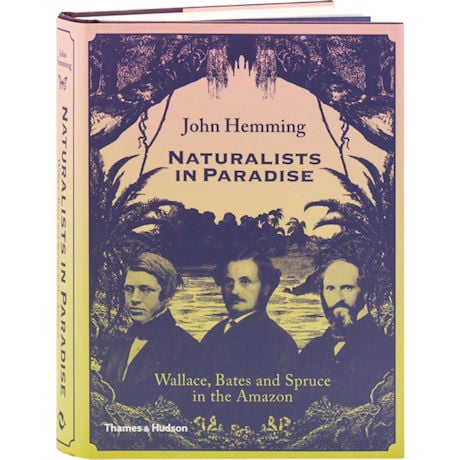 Naturalists In Paradise: Wallace, Bates and Spruce in the Amazon

One hundred and fifty years ago, the young naturalists Alfred Wallace, Henry Walter Bates, and Richard Spruce journeyed to Amazonia?the world's largest tropical forest with the greatest river system and richest ecosystem?an almost-undiscovered environment to explorers and scientists. Drawing on the letters and books of the three naturalists, John Hemming charts Wallace's contributions to the theory of evolution, Bates's studies in mimicry among insects, and Spruce's introduction of quinine to the wider world. A fascinating look at the Victorian era of exploration and a sensitive portrayal of the peoples of the Amazon, this book also includes 90 color and black and white illustrations.