Not All Bastards Are From Vienna: A Novel 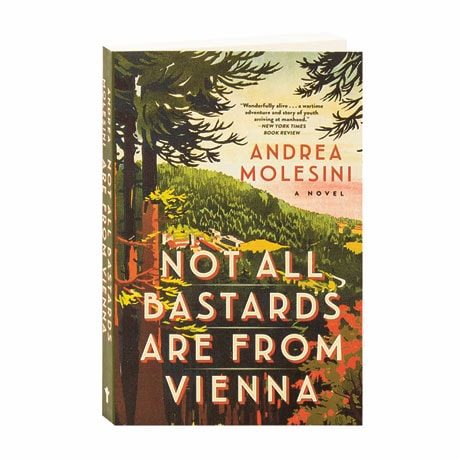 Not All Bastards Are From Vienna: A Novel

In the autumn of 1917, a small town north of Venice is invaded by Austrian soldiers as the Italian army is pushed to the Piave River. The Spada family owns the largest estate in the area, where orphaned 17-year-old Paolo lives with his eccentric grandparents, his headstrong aunt, and a loyal staff. With the battlefront nearby, the Spada home becomes a bastion of resistance, both clashing and cooperating with the soldiers imposing on their household. When Paolo is recruited to help with a covert operation, his life is put in jeopardy. The winner of Italy's Campiello Prize, Andrea Molesini's powerful debut novel follows Paolo as he bears witness to the terrors of the Great War, and finds that he will have much to learn about courage, dignity, family bonds, and patriotism.

"Rich and moving…. Molesini has the true novelist's ability to bring scenes and individuals immediately before our eyes, so vividly that they take possession of our imagination…. This is a very fine novel indeed, a historical novel that speaks to the present as powerfully and clearly as it does of the past."—Wall Street Journal