The King And The Catholics: England, Ireland, and the Fight for Religious Freedom, 1780-1829 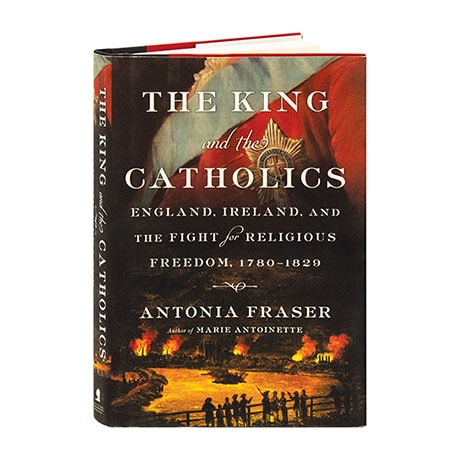 The King And The Catholics: England, Ireland, and the Fight for Religious Freedom, 1780-1829

The anti-Catholic Gordon Riots of 1780 caused hundreds of deaths and widespread destruction in London, while sectarian tensions simmered for the next half-century before the passing of the Emancipation Bill, hailed as a "bloodless revolution." Chronicling how this watershed legislation came to pass, Antonia Fraser brings her dry humor to Britain's civil rights drama, depicting a colorful cast of characters led by King George III, who opposed Emancipation on the basis of the Coronation Oath; his son, the indulgent Prince of Wales, who secretly wed Catholic Maria Fitzherbert; and "The Liberator," Irish legislator Daniel O'Connell.

"This is an absolutely splendid book.... Some of the most dramatic scenes in our parliamentary history are here brought to life with unmatched verve."—Spectator (London)