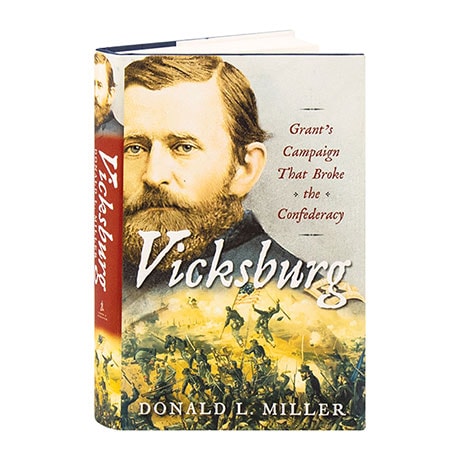 The last stronghold of the Confederacy on the Mississippi River, Vicksburg, Mississippi, prevented the North from using the river for shipping between the Union-controlled Midwest and New Orleans and the Gulf of Mexico. Over the course of a year, Ulysses S. Grant's army and Admiral David Porter's navy laid siege to Vicksburg, aided by tens of thousands of African Americans who fled slavery to become Northern soldiers. Bringing to life all the drama, characters, and significance of the struggle, Donald L. Miller explains how it solidified Grant's reputation as the Union's most capable general, as he won a battle that all but sealed the fate of the Confederacy.