A Brotherhood Of Spies: The U-2 and the CIA's Secret War 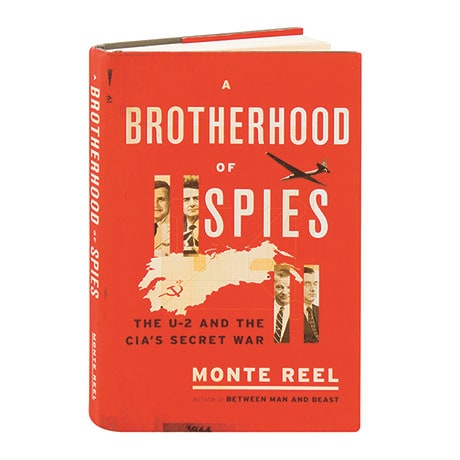 A Brotherhood Of Spies: The U-2 and the CIA's Secret War

On May 1, 1960, an American U-2 spy plane was shot down over the Soviet Union just weeks before a peace summit between the two nations. The CIA concocted a cover story for President Eisenhower to deliver, but pilot Francis Gary Powers miraculously survived—and unexpectedly confessed to espionage charges, revealing that the president had just lied. Going behind the scenes of this fraught moment in Cold War relations, Monte Reel profiles the U-2 spy program's secret fraternity, made up of Powers as well as Polaroid's Edwin Land, best known as the inventor of instant photography; Kelly Johnson, a hard-charging taskmaster from Lockheed; and ambitious spymaster Richard Bissell.

"The most riveting tales of history are those where the fate of millions hangs on the actions of a few. The U-2 crisis of 1960 is one such story, and it has never been told with greater verve or closer attention to critical detail."—H.W. Brands