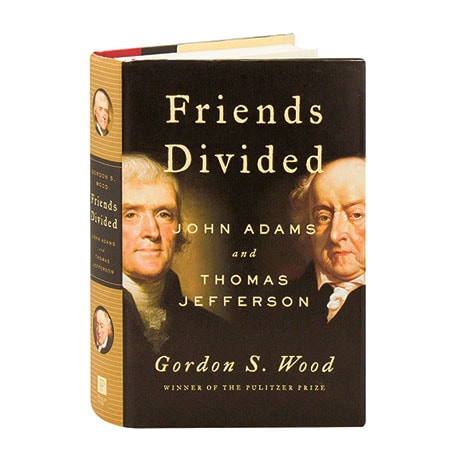 Coming from differing backgrounds, Thomas Jefferson and John Adams were diametrically opposite in their visions of American government, yet they worked closely together at the Constitutional Convention and while serving as envoys to France. But ultimately, their profound differences would lead to a crisis, as they became the figureheads of the first American political parties; it was a bitter breach, lasting through the presidential administrations of both men, and beyond. As the Pulitzer Prize-winning author of The Radicalism of the American Revolution details here, in their later years these founders rekindled the most significant political friendship in American history, which they documented in letters of uncommon wisdom and honesty.