A Nation Without Borders: The United States and Its World in an Age of Civil Wars, 1830-1910 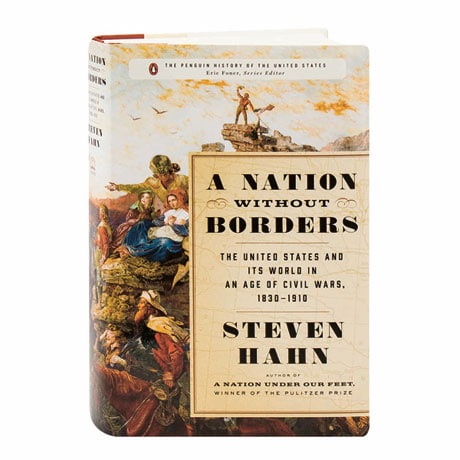 A Nation Without Borders: The United States and Its World in an Age of Civil Wars, 1830-1910

Over the course of the 19th century, Americans experienced massive transformations in how people lived, worked, and thought about themselves. From an agricultural society with a weak central government, the United States became an urban and industrial society in which government assumed an ever-greater role in social and economic life. Bringing new perspective to the era, the author of the Pulitzer Prize winner A Nation Under Our Feet frames the Civil War as a struggle for continental supremacy, and argues that westward expansion was a proving ground for later imperial projects overseas. Discussing how America dealt with its newfound status as a global power in the early 20th century, Steven Hahn also examines the nation's responses to the Mexican Revolution and the threat of war in Europe.