Sea Power: The History and Geopolitics of the World's Oceans 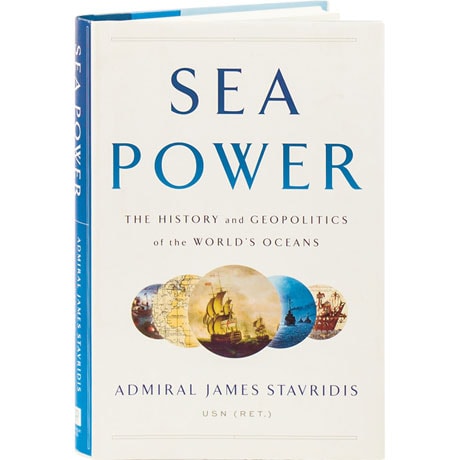 Sea Power: The History and Geopolitics of the World's Oceans

From the time of the Greeks and the Persians clashing in the Mediterranean, naval power has determined world power; all these centuries later, it still does. Here retired Admiral James Stavridis details how the geography of the oceans has shaped the destiny of nations, and offers insight into great naval engagements from the battles of Salamis and Lepanto through to Trafalgar, the Battle of the Atlantic, and submarine conflicts of the Cold War. Drawing on his experience as the former Supreme Commander of NATO, Stavridis also points out where the naval conflicts of the future are likely to occur, and assesses the threats posed by pollution and piracy.

"[Stavridis] vividly relates what it felt like as a young naval officer taking a boat through the Panama Canal or the Torres Strait between Australia and New Guinea, and he adds personal authority to his more general points about the different bodies of water.... A highly readable, instructive look at the role of the oceans in our civilization, past and present." —Kirkus Reviews (starred)