Mankind: The Story of All of Us 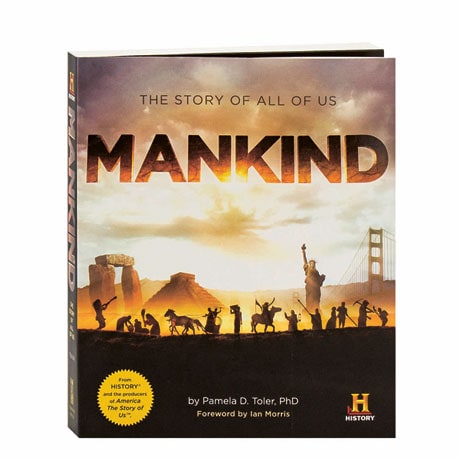 Mankind: The Story of All of Us

This abundantly illustrated companion volume to the popular History Channel series is a fast-moving chronicle of human progress, filled with more than 300 color maps, artworks, and photos from the program's numerous dramatizations of human history. Mankind follows the development of civilization, from the first Homo sapiens hunting antelope in Africa's Rift Valley to the completion of the Human Genome Project and the world's population exceeding the seven billion mark in the 21st century. Along with describing key events from major historical epochs around the world, the book includes illustrated sidebars on important figures, events, achievements, and innovations.