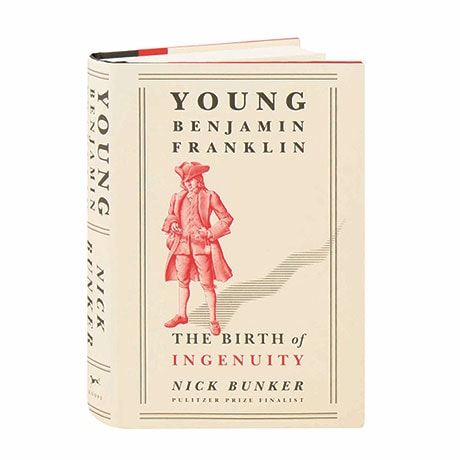 From his early career as a printer and journalist to his scientific work and his role as a founder of a new republic, Benjamin Franklin has always seemed the embodiment of American ingenuity. But in his youth, he had to make his way through a harsh colonial world, where he fought many battles with his rivals, but also struggled with his wayward emotions. Taking Franklin to the age of 41—when he made his first electrical discoveries—Nick Bunker goes behind the legend to reveal the sources of his passion for knowledge, and the Franklin that emerges is a brilliant but flawed human being, one who is perhaps even more fascinating than we have previously believed.

"Make room on the top shelf of all Franklin biographies. Bunker here provides a stunning reappraisal of America's most self-created genius, loaded with Franklinesque wisdom on every page, carried forward on the wings of words that simply sing."—Joseph Ellis

"It is nearly impossible to say anything new about Benjamin Franklin, but Nick Bunker has done it brilliantly with this study of the young Franklin. An extraordinary achievement."—Gordon S. Wood