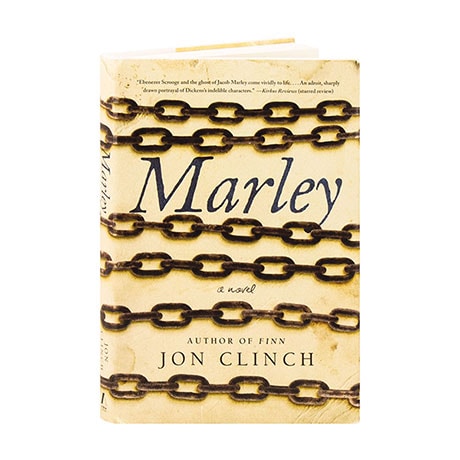 "Marley was dead, to begin with," Charles Dickens tells us at the outset of A Christmas Carol. But in Jon Clinch's ingenious novel, Jacob Marley, business partner to Ebenezer Scrooge, is very much alive: a rapacious and cunning boy who grows up to be a forger, a scoundrel, and the man who will be both the making and the undoing of Scrooge. After first meeting as students in the gloomy confines of Professor Drabb's Academy for Boys, Marley and Scrooge grow up to become shady businessmen, but are destined to clash in an unforgettable reckoning that will echo into the future and set the stage for Marley's ghostly return.

"[Jon Clinch] brilliantly captures the wit and irony of Dickens' prose as he unfurls a tale of greed, cruelty, and passion.... An adroit, sharply drawn portrayal of Dickens's indelible characters."—Kirkus Reviews (starred)