The Pioneers: The Heroic Story of the Settlers Who Brought the American Ideal West 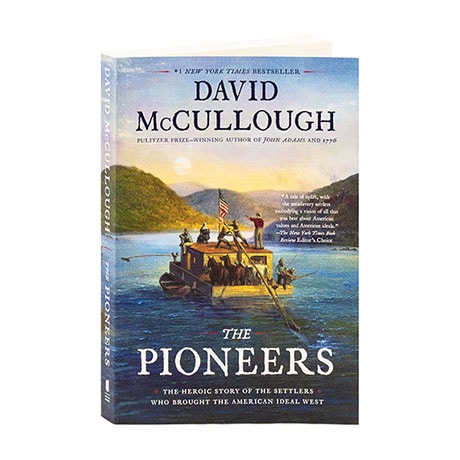 The Pioneers: The Heroic Story of the Settlers Who Brought the American Ideal West

As part of the Treaty of Paris, Great Britain recognized the new United States of America, and ceded the land that comprised the immense Northwest Territory, a wilderness beyond the Ohio River. In 1788 the first band of pioneers set out from New England for the Northwest Territory under the leadership of Revolutionary War General Rufus Putnam, and he would be aided by Massachusetts minister Manasseh Cutler. It was a region established with freedom of religion, free universal education, and the prohibition of slavery, and here the author of Undaunted Courage tells the tale of these brave Americans in a manner both personal and panoramic.

"The book reads like a novel, with a cast of fascinating characters.... A worthy addition to McCullough's impressive body of work."—NPR