Cave Of Bones: A Leaphorn, Chee and Manuelito Novel 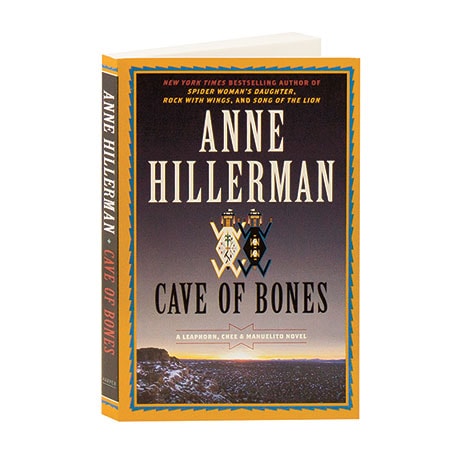 Cave Of Bones: A Leaphorn, Chee and Manuelito Novel

When Tribal Police Officer Bernadette Manuelito arrives to speak at an outdoor program for at-risk teens, she meets Annie, a girl who stumbled upon a human skeleton while lost on a hike. The instructor who had been sent to find Annie, however, has now vanished somewhere in the volcanic landscape known as El Malpais. Solving the twin mysteries will require Bernie to contend with an unexpected blizzard, a suspicious accidental drowning, and the arrival of a new FBI agent who will complicate the investigation. Continuing Tony Hillerman's saga, Anne Hillerman's fourth book in the new series also finds Bernie's husband, Sergeant Jim Chee, facing a threat close to home, as a man he sent to prison for domestic violence is back—and involved with Bernie's sister Darleen.