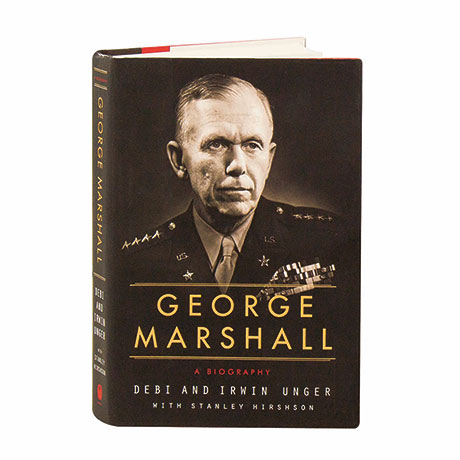 As battles raged in Europe and the Pacific, one military leader actually ran World War II for America, overseeing personnel and logistics: Chief of Staff of the U.S. Army from 1939 to 1945, George C. Marshall. Following Marshall from his childhood in Western Pennsylvania and his military training at the Virginia Military Institute to his successful rebuilding of post-war Europe, this biography charts his relationships with the military brass and world leaders, from Harry Truman to Chiang Kai-shek. Debi and Irwin Unger also trace the development of the Marshall Plan, which saved Western Europe from Soviet domination, and won this warrior the Nobel Peace Prize.