A Crocodile In The Fernery: An A - Z of Animals in the Garden 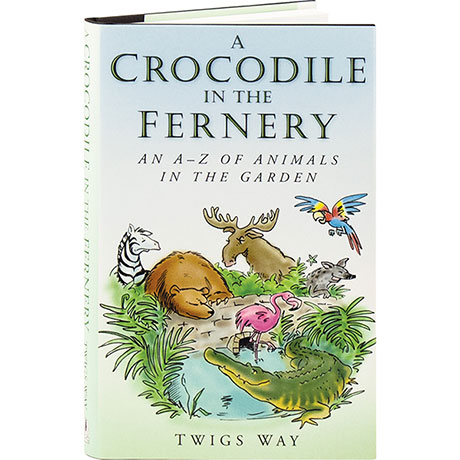 A Crocodile In The Fernery: An A - Z of Animals in the Garden

Perhaps one of the lesser known facts about Victorian artist Dante Gabriel Rossetti is that he kept wombats in his garden, to whom he addressed poetry. (He also tried armadillos, though that proved an unmitigated disaster.) Herself the caretaker of numerous garden pets, Britain's divinely named garden historian Twigs Way chronicles the enduring human impulse to introduce animals and plantings to one another just to see how they get along—and the odder the animal, it seems, the better. Here, amid cartoon illustrations, you will stroll among assapanicks and alpacas, budgies and baboons, a devilish coati and the titular crocodiles, all the way to zebras and zebus (another spectacular failure for Rossetti).