Curious Observations: A Country Miscellany, from the Pages of Country Life 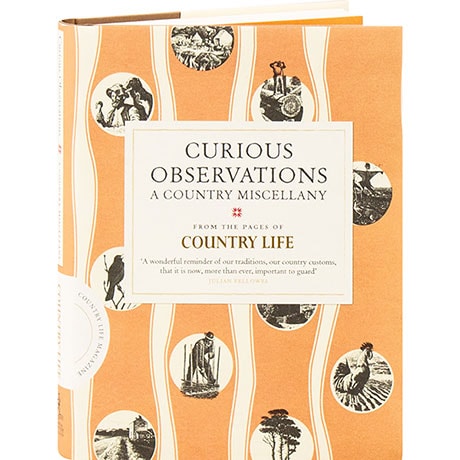 Curious Observations: A Country Miscellany, from the Pages of Country Life

First appearing in the autumn of Victoria's reign in the late 19th century, Country Life was spurred by the popularity of England's country estates and itself became an institution, charting all aspects of rural life with charm and humor. This series sifts through the illustrated periodical's archives to create a miscellany of tidbits from a bygone and yet eternal Britain.

This delightful collection of items from Country Life flits from observations on cheese rolling in Gloucestershire to smuggling silk in Sussex, the Avon of Shakespeare, and the vanishing sign language of country tramps, all by way of a lovely rumination on the origins of Simnel cake at the Easter season.

"Country Life ... has somehow taken on the role of guardian of our way of life, and this book ... is a wonderful reminder of our traditions.... Here are tales of the horse fairs and blacksmiths of the past, of the rules of ploughing and how to prevent body-snatching, as well as the timeless farming lores."—Julian Fellowes