Pirates: The Truth Behind the Robbers of the High Seas 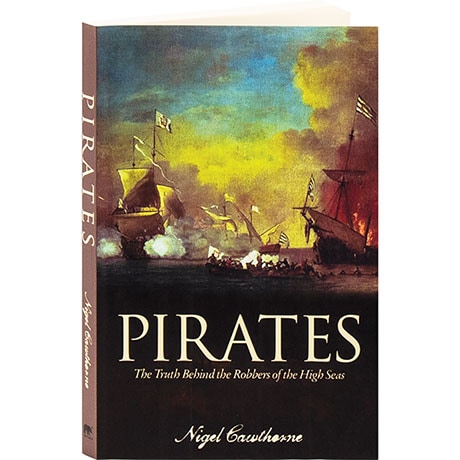 Pirates: The Truth Behind the Robbers of the High Seas

The modern image of the pirate is derived from Captain Charles Johnson's accounts of the cutthroats who sailed under the Jolly Roger, bestowing mythical status to the likes of Blackbeard and Captain Kidd. Here Nigel Cawthorne illuminates the reality of pirate life, exploring contemporaneous sources to reveal the truth behind the legends. He offers insights into these men (and even a few women) as well as their weapons, their ships, their unhappy victims, and their hideouts, including the capital city of the pirate empire, Port Royal in Jamaica—known as the "wickedest city in the world."