What Is It All But Luminous: Notes From An Underground Man 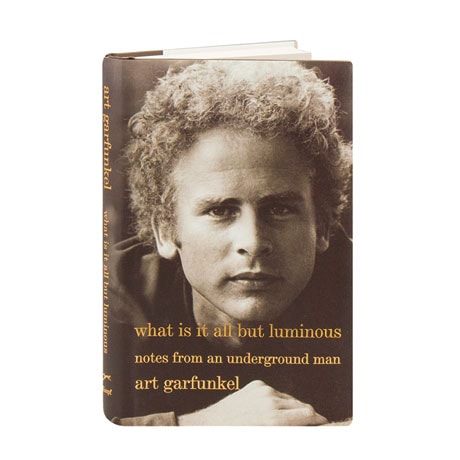 What Is It All But Luminous: Notes From An Underground Man

The son of a traveling salesman, Art Garfunkel came of age in 1950s Queens, raised on Enrico Caruso but electrified by the coming of rock 'n' roll. In this career spanning memoir, Garfunkel recounts his first meeting Paul Simon when they were performing in a sixth grade production of Alice in Wonderland, and their first hit "Hey Schoolgirl," recorded at age 16. Discussing the Simon & Garfunkel years in detail, Garfunkel writes insightfully of the discomfort of not being a natural performer but more a thinker, an underground man. Here too is a look at the breakups and reunions, Garfunkel's successful stint as an actor, and his late life contentment as a husband and father.