The Last Watchman Of Old Cairo 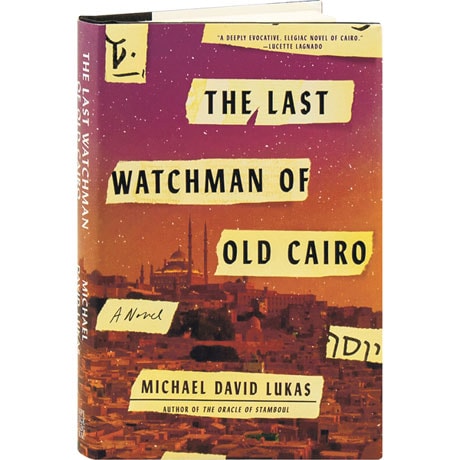 The Last Watchman Of Old Cairo

The son of a Jewish mother and a Muslim father, Joseph is a literature student at Berkeley. One day, a mysterious package arrives on his doorstep, pulling him into a mesmerizing adventure to uncover the centuries-old history that binds the two sides of his family. From the Ibn Ezra Synagogue in Old Cairo—where generations of his family served as watchmen—Joseph also uncovers the lives of British twins Agnes and Margaret, who in 1897 leave Cambridge on a mission to rescue sacred texts that have disappeared from the synagogue. A winner of the National Jewish Book Award, Michael David Lukas's multigenerational tale illuminates the tensions that have torn communities apart, and the unlikely forces that attempt to bridge that divide.