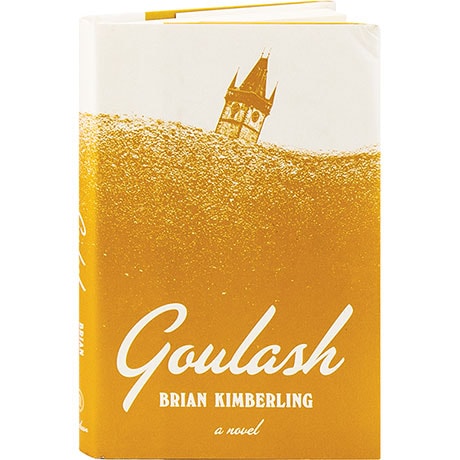 Eager to escape small-town Indiana, Elliott Black moves to Prague, where he gets a job teaching English. It's 1998, and the Czech Republic is a land undergoing wondrous changes, and fittingly Elliott meets Amanda, a fellow teacher from the United Kingdom. Together, Elliott and Amanda try to make a place for themselves as strangers in this strange land, touring the twisting ancient streets and encountering movie stars, tobacco executives, a former Soviet informant, the president of Poland, and an experimental artist who steals shoes. But the forces that are reshaping the city are also at work on them, and eventually it becomes evident that change is the only reality one can't outrun.

"Kimberling is an exacting wordsmith capable of elegantly simple sentences, and his narrator's observations are often dryly hilarious.... A remarkable evocation of time and place."—Booklist