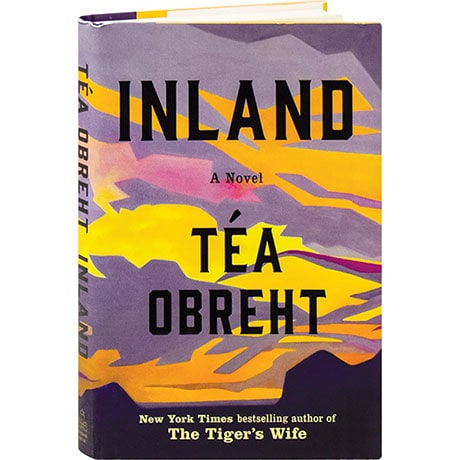 In the lawless, drought-ridden lands of the late 19th century Arizona Territory, Nora is an frontierswoman awaiting the return of the men in her life—her husband, who has gone in search of water for the parched household, and her elder sons, who have vanished after an explosive argument. Nora is biding her time with her youngest son, who is convinced that a mysterious beast is stalking the land around their home. Here the author of the National Book Award finalist The Tiger's Wife also traces the paths of Lurie—a former outlaw, plagued by ghosts—who finds reprieve in an unexpected relationship, and embarks on a momentous expedition across the West.

"A classic story, told in a classic way—and yet it feels wholly and unmistakably new.... At once a new Western myth and a far realer story than many we have previously received—and that's even with all the ghosts."—NPR