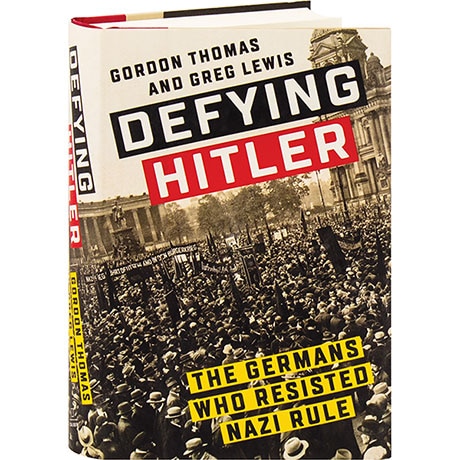 Nazi Germany is remembered as a nation of willing fanatics, but countless ordinary, everyday Germans actively resisted Hitler. As Gordon Thomas and Greg Lewis reveal here, some passed industrial secrets to Allied spies, while others forged passports to help Jews escape the Reich. No matter how small the act, any display of defiance was met with arrest, torture, and even death. The martyrs profiled here include a schoolgirl killed for distributing anti-Nazi leaflets and the only American woman executed by the Nazis, but also a young idealist who joined the SS to document their crimes, only to end up—to his horror—an accomplice to the Holocaust.

"An engrossing and accessible history of Germans who risked, and mostly lost, their lives opposing the Nazi regime.... An informative counterpoint to accounts of widespread German complicity with the Holocaust."—Publishers Weekly