When The Irish Invaded Canada: The Incredible True Story of the Civil War Veterans Who Fought for Ireland's Freedom 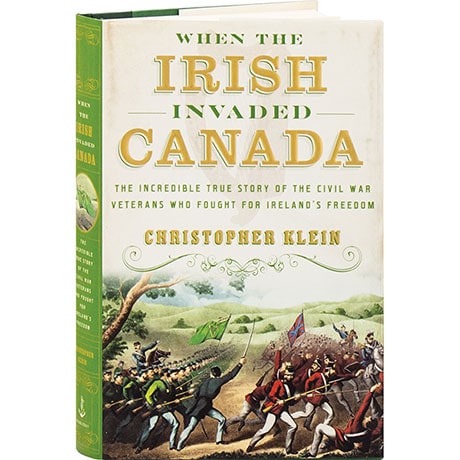 When The Irish Invaded Canada: The Incredible True Story of the Civil War Veterans Who Fought for Ireland's Freedom

Just over a year after the Civil War ended, a band of Union and Confederate veterans dusted off their guns and fought side by side to undertake one of the most fantastical missions in military history: to seize the British province of Canada and to hold it hostage until the independence of Ireland was secured. With the tacit support of the U.S. government, the so-called Fenian Brotherhood carried out a series of five attacks on Canada, established a state in exile, planned prison breaks, stockpiled weapons, and assassinated enemies. Here Christopher Klein explains how a group containing a one-armed war hero, an English spy infiltrating rebel forces, and a radical who staged his own funeral, fleetingly managed to seize a piece of Canada.

"Christopher Klein's fresh telling of this story is an important landmark in both Irish and American history." —James M. McPherson