Last Witnesses: An Oral History of the Children of World War II 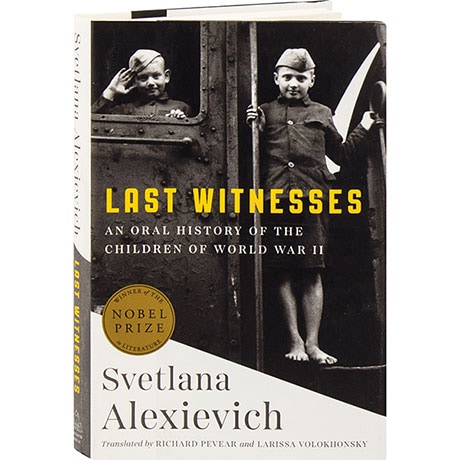 Last Witnesses: An Oral History of the Children of World War II

The German invasion of Russia has often been framed as a tale of epic sieges and heroic resistance, but this neglects the human dimension of this inconceivably destructive era. Bringing together dozens of testimonials in her distinctive style, Nobel Laureate Svetlana Alexievich surveys the heavy toll of these years, as children became traumatized victims, hard-edged survivors, and—all too often—soldiers. Translated by PEN Translation Prize winners Richard Pevear and Larissa Volokhonsky, this kaleidoscopic collection highlights the bravery of these children, and establishes that the Germans viewed the war in the east as organized genocide.