To The Moon!: The True Story of the American Heroes on the Apollo 8 Spaceship 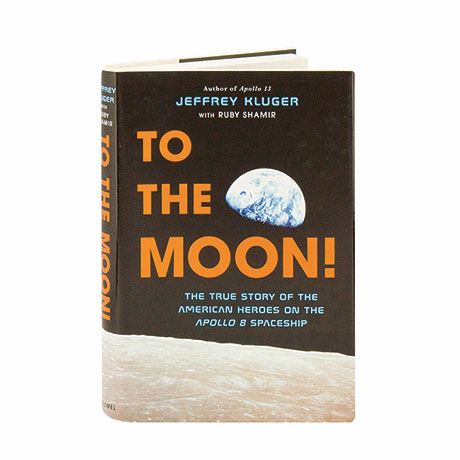 To The Moon!: The True Story of the American Heroes on the Apollo 8 Spaceship

The year was 1968, and the American people were still reeling from the spacecraft fire that killed the Apollo 1 crew a year earlier. To keep up with the Russians, NASA realized that they needed to take a bold step to keep President Kennedy's promise to put a man on the moon by the end of the decade. A few days before Christmas of that year, Frank Borman, Jim Lovell, and Bill Anders embarked for the moon. Telling the complete story of this incredible breakthrough for readers 10 and up, Jeffrey Kluger and Ruby Shamir introduce these three brave men, and explain how the journey gave the world a new look at both the moon and the planet we live on.

"Fascinating details about eating, sleeping, and taking care of business while in space will keep readers turning pages [and the] epilogue is a romantic ode to the space race with reminders of its remarkable legacy."—Kirkus Reviews