Enlightened Princesses : Caroline, Augusta, Charlotte, and the Shaping of the Modern World 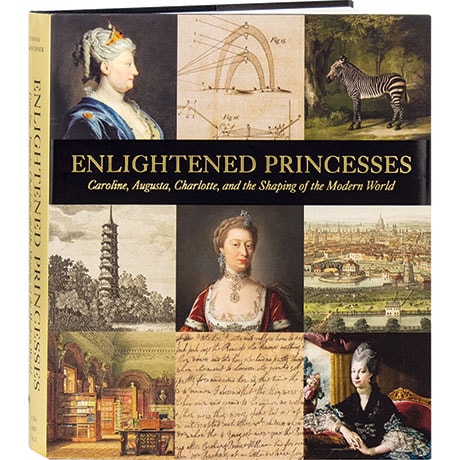 Enlightened Princesses : Caroline, Augusta, Charlotte, and the Shaping of the Modern World

At a time when Great Britain was swiftly becoming the most powerful nation in the world, it was being shaped by three German princesses who became Queens Consort: Caroline of Ansbach (1683-1737), Augusta of Saxe-Gotha (1719-72), and Charlotte of Mecklenberg-Strelitz (1744-1818). This sumptuously illustrated book considers the ways that these women left enduring marks on British culture through a wide range of activities: the enrichment of the royal collection of art, the advancement of science and industry, and the creation of gardens and menageries. Showing the influence of the European Enlightenment, the objects included range from spectacular state portraits and pedagogical toys to plant and animal specimens.

"[A] gorgeously illustrated, deeply researched catalog…. [A] major achievement, with more than thirty essays remarkable for their many fresh insights on this rediscovered trio and the fascinating epoch in which they lived."—NYRB