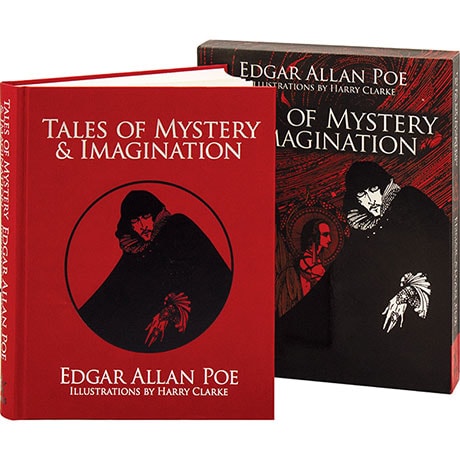 Despite the fact that the author of these dark stories of wonder, horror, and death had himself been deceased since 1849, Edgar Allan Poe's Tales of Mystery & Imagination did not appear until the early 20th century, riding an international revival of enthusiasm for his work. And it wasn't until 1919 that an illustrated edition was finally available, presented here in a handsome slipcased edition. The macabre black and white imagery of Dublin-born Harry Clarke—comparable to the art of Aubrey Beardsley—is perfectly suited to such deliriums as "The Fall of the House of Usher," "The Pit and the Pendulum," "The Mystery of Marie Rogęt," and "The Black Cat."