Epitaphs Of The Great War: The Somme 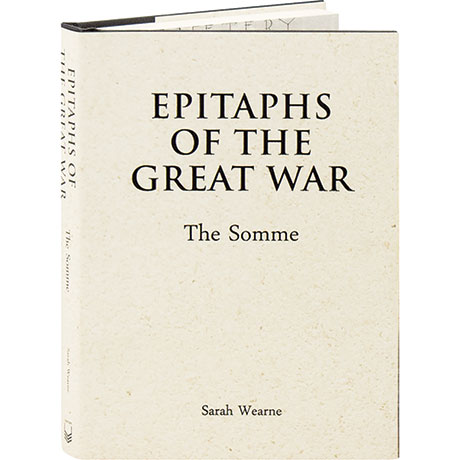 Epitaphs Of The Great War: The Somme

During the opening hours of the 1916 Battle of the Somme, Britain lost tens of thousands of young men, leaving a lasting scar on the psyche of the nation. The Imperial War Graves Commission limited epitaphs to 66 letters, including spaces, a constraint that left little room for flowery sentiment, and rendered these commemorations stark and unforgettable: Lieutenant Richard Roy Lewer's simply reads "For England," while the headstone of South African private asks, "Did He Die in Vain?" Here Sarah Wearne brings together 100 of these epitaphs, poignant reminders of the Empire's brave young men who fell on the Somme.