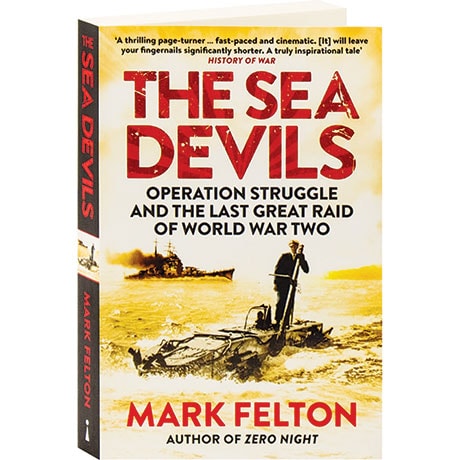 In the final months of World War II, 18 young British, Australian and New Zealand special forces from a top-secret underwater warfare unit prepare to undertake three audacious missions against the Japanese. Using XE-craft midget submarines, the raiders will creep deep behind Japanese lines to sink two huge warships off Singapore and sever two vitally important undersea communications cables. They will contend with mechanical failures and oxygen poisoning; if any of the men are captured, they can expect a gruesome execution. Here the author of Ghost Riders and Castle of the Eagles tells the true story of a band of young men living on raw courage, desperately hoping to bring the War in the Pacific to a close.