A Shimmer Of Hummingbirds: A Birder Murder Mystery 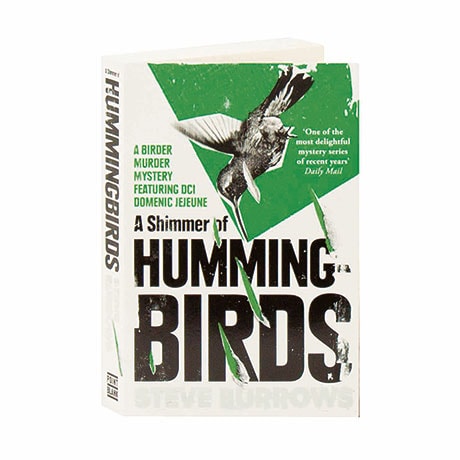 A Shimmer Of Hummingbirds: A Birder Murder Mystery

Chief Inspector Domenic Jejeune hopes an overseas birding trip will hold some clues to solving his fugitive brother's manslaughter case, but then he learns that his girlfriend, Lindy, has been in a serious accident and needs him to return. Meanwhile, in Jejeune's absence his long-time nemesis Marvin Laraby has been asked to look into an accountant's murder, and he seizes the limelight with his efficient investigation. Jejeune's fourth outing (after A Cast of Falcons) confronts him with an ethical dilemma: He can reveal a secret relating to Laraby's case, knowing it will cost his job on the north Norfolk coast he loves—or he can stay silent, and let a killer escape justice.