Walking The Retreat: The March to the Marne:1914 Revistied 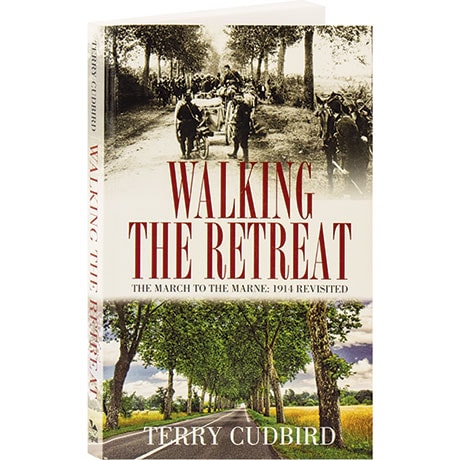 Walking The Retreat: The March to the Marne:1914 Revistied

In the opening month of the Great War, the German army's strong offense drove French and British forces from Belgium, but the Allies subsequently regrouped to mount a successful counterattack, resulting in the miracle of the Marne. The battles have often been discussed in detail, but as Terry Cudbird suggests here, the less touted retreat also proved the mettle of these troops—a million half-starved soldiers who had to fight off the Germans even as they marched 20 miles a day carrying 60-lb packs. Undertaking investigative research, Cudbird also describes his own August walk from southern Belgium to the battlefield, following the exact route taken by a French Lieutenant in the Fifth Army.