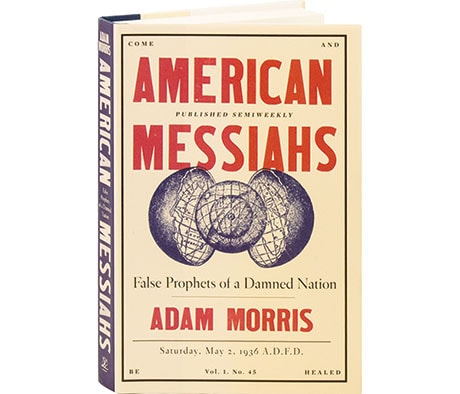 America has always had its messiahs, from Civil War veteran and virulent anticapitalist Cyrus Teed to the dapper and overlooked civil rights pioneer Father Divine, and even the megalomaniacal Jim Jones. And much as we laugh them off as false prophets, they remain a persistent and potent aspect of our culture—one that Adam Morris has spent years studying. In this New York Times Book Review Editor's Choice selection, he demonstrates that many of these cults and sectarian communities were seeking to correct entrenched social ills like wage inequality, gender conformity, and racial injustice, and their utopian visions, though often bizarre, offer a vital key to understanding our history.

"His writing is sharp and the story is entertaining, though Morris makes clear his purpose is entirely serious…. These cultists' rejection of society, conventional economic activity, and organized religion says more in the end about the failings of the institutions they left than about the goofy ones they built in their place."—NPR